This diet was invented by Cynthia Sass and Liz Vaccariello who explained their loss-weight program in the book “Flat Belly Diet!”, first issued in 2008. In the book its authors present a 32-day eating plan that, as they assure, gives the possibility to lose up to fifteen pounds and drop belly fat. The book spent twelve weeks on the bestseller list of The New York Times and the Flat Belly Diet got a great number of fans.

The Flat Belly Diet is based on the following main principles:

The diet’s creators claim that MUFAs demolish belly fat and at the same time prevent overeating. Monounsaturated fatty acids can be found in seeds, nuts, chocolate, olive oil, avocados, and some other foods.

The Flat Belly Diet starts with a four-day period, called Anti-Bloat Jumpstart, with the specific menu. This phase prepares the dieter for the regular eating plan that begins on the fifth day.

Physical exercises are not obligatory on the Flat Belly Diet but they are encouraged.

Of course, if you consume no more than 1600 calories per day, you will lose weight and you waist will become thinner. But it is not proved that this diet targets belly fat specifically. Neither there is any scientific evidence that monounsaturated fatty acids have special effect on it. What is more, if you lose fifteen pounds in a month, it will mostly be water weight and you will most likely regain it.

The Flat Belly Diet is based on eating monounsaturated fats. They are healthy fats which are good for cardiovascular health. They reduce cholesterol levels and blood pressure. MUFAs also control insulin and blood sugar levels, so they lower the risk of having diabetes.

No side effects or risks connected with the Flat Belly Diet have been proved. Anyway, dieters who have health conditions should consult a doctor before starting this program.

In fact, the menu of the Flat Belly Diet is very similar to the one used by Mediterranean dieters. It consists of fruits, whole grains, fish, lean meat, vegetables, olive oil, and legumes.

There is a special menu for the first four days of the Flat Belly Diet. It suggests skim milk, cucumbers, chicken breasts, baby carrots, tilapia, and some other foods. During this period dieters should also drink so-called “Sassy water” (pure water with cucumber, ginger root, mint leaves, and lemon). It is prohibited to eat salt, processed food, beans, onions, broccoli, bagels, bananas, and pasta.

After the anti-bloat period, dieters eat four times per day, getting 400 calories per meal. At every meal, it is necessary to eat foods containing monounsaturated fatty acids. They are seeds, avocados, nuts, chocolate, etc.

The Flat Belly Diet has numerous advantages. It really helps to lose several pounds. It is customizable without effort, pretty cheap, and easy to follow. You will have no problems with finding delicious recipes. The diet has no health risks and is good for your heart.

But do not forget that it is better to lose no more than one – two pounds in a week. Otherwise, the lost weight will probably be regained.

During those four days you should avoid soft drinks, coffee, gum, salt, sweeteners, spices, and fried foods. It is also recommended that you walk at least five minutes after eating.

After the anti-bloat phase is over, the dieters start the main part of the Flat Belly Diet. This program puts the accent on products rich in mono-unsaturated fats (MUFAs) at every meal. These fats are found in many nuts and seeds, some oils, peanut butter, avocados, olives, semi-sweet chocolate, and other foods.

The Flat Belly Diet program includes eating four meals per day. The daily consumption of calories is about 1600 and they should be equally spread between these four meals.

Below you will see a sample weekly eating plan for those who follow the Flat Belly Diet.

Don’t forget that every meal should have 400 calories.

The Flat Belly Diet has changed Carolyn’s life for good. Before she tried the diet, she hated her job, was constantly depressed, and wanted to alter her attitude towards food and herself.

At first, it was very difficult for Carolyn to follow the diet, because she had to change her eating habits utterly. Moreover, it was not always easy for her to find time for having meals every four hours. She also was not used to drinking much water. But Carolyn managed all these changes.

Due to the Flat Belly eating program, Carolyn lost fourteen centimeters from her waist. Now she is still working hard and having numerous problems at work, but she is feeling much healthier and happier. Carolyn is full of energy and is determined to reach her weight goal. 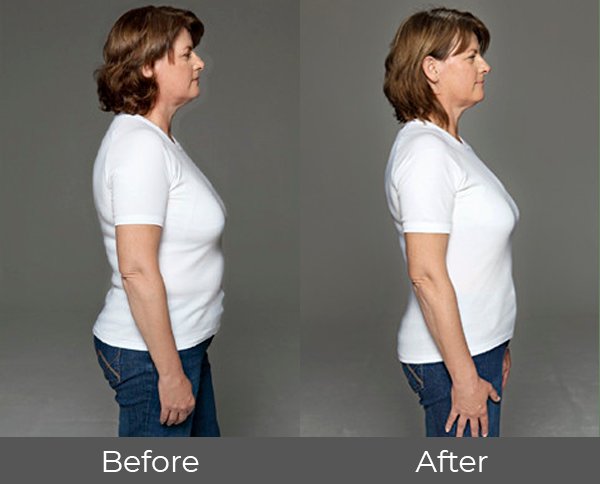 Melanie Stephens, who is a 49-year old sales manager from Melbourne, gained excessive weight after having kids. One day, she thought it would be great to get rid of her belly and several kilos. She fixed on the Flat Belly Diet.

First, Melanie was not sure that she would be able to follow it without cheating. But then she found out that the diet suggests a variety of food choices. She liked the idea of having meals every four hours because this way she was never hungry.

As you look at the “before” and “after” pictures of Melanie, you will see that she has lost some flesh and dropped several inches from her waist. She says that now her energy levels are astonishing and she feels amazing. 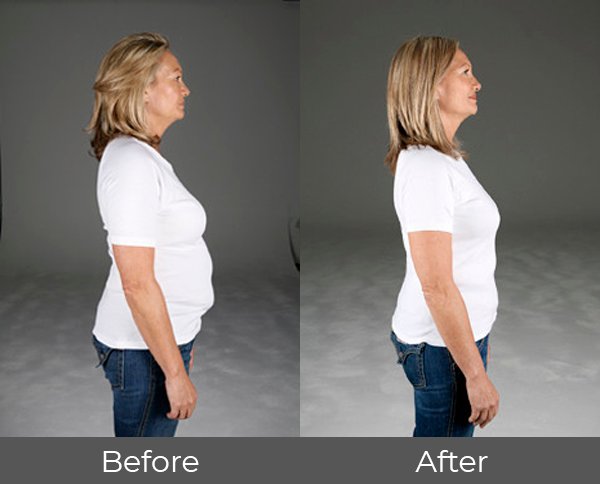 Melita has been struggling with excessive weight for many years. She had tried a number of diets but none of them helped to solve the problem. When she found out about the Flat Belly Diet, she realized that it was a good chance for her to grow slimmer.

Melita’s whole family, including her husband and daughters, went on the diet too. At first, they had numerous difficulties with adjusting to the new eating habits, but in a week they all got used to the program.

After the 32 days, Melita understood that it was pretty easy for her to follow the Flat Belly Diet and she made the decision to keep going. Now she feels great and is very energetic. As for her waist, she has lost six centimeters off it. Her legs and arms look much better now too. Her husband also has made progress and made one more hole in the belt. 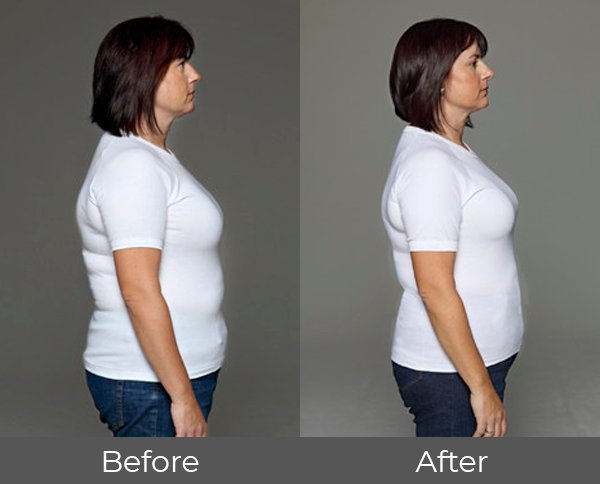 Jayne had never been really fat. But one day she realized that started putting on weight and decided to settle this problem with the help of the Belly Flat Diet. This program made her understand how much she ate before, which explained her excessive kilograms.

Due to the diet, Jayne has acquired new eating habits and made a number of other changes in her life. How she eats every four hours, gives preference to healthy food and controls the consumption of calories. The Flat Belly plan gives the possibility to do this without actual discomfort.

By now, Jayne Timms, who is 46, has lost ten centimeters from her waist and her belly has become much flatter. 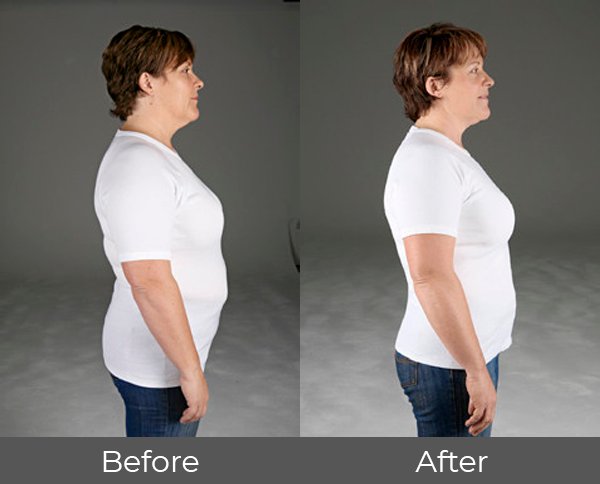 Anthony weighed over 225 pounds before he went on the Flat Belly eating plan. It was his wife Beth who persuaded her husband to start following the diet, because she was concerned about his health. When Anthony had graduated from the Academy, he was in great shape but later he began to gain weight.

Luckily, he heard about the book “The Flat Belly Diet!” and decided to try this new program. It was tough for him to give up many favourite dishes and have meals every four hours, but his wife helped him manage it.

By the end of the 32-day period, Anthony had lost three inches from the waist and twenty seven pounds. What is more, now his blood sugar and cholesterol levels are normal. He looks and feels good and plans to run a half-marathon distance. He is sure that his wife and the Flat Belly Diet has saved his life and made it happier. 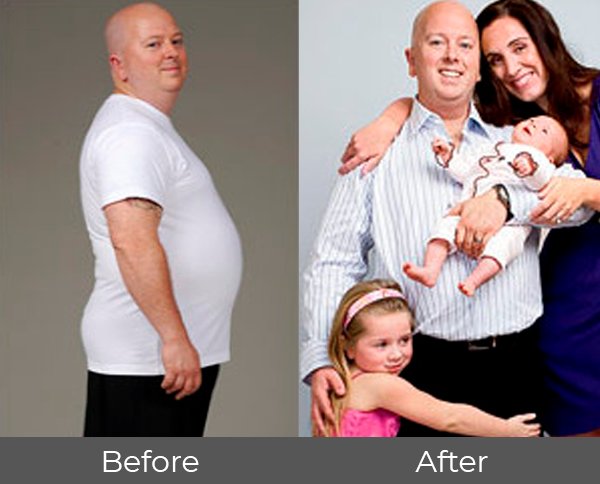