The term “no carb diet” is commonly used to denote any diet that expels carbohydrates1 absolutely. In practice, it means that dieters should exclude from their diets all foods, containing carbs, such as pasta, rice, white bread, cereal, etc. No carb diets limit use of sugary products, like candy, fizzy drinks, soft beverages, and many others.

When you eat carbohydrates they raise the level of glucose2 in your blood. This makes your body stimulate the pancreas3 to generate insulin. The insulin4 metabolizes the glucose for energy and converts its excess to fats. As a result, you gain weight. When you go on a no carb diet and exclude consumption of carbs, insulin is no longer present in your body and it starts burning fat as the principal fuel for getting energy. Briefly, a no carb diet increases fat metabolism and helps you to lose weight.

No carb diets provide numerous potential benefits but you should realize that not everyone is able to gain all of them.

Most people who go on a no carb diet lose weight quickly even when they do not restrict calories. As a rule, such diets help to lower blood glucose level and blood insulin level which is important for diabetics. They also increase HDL cholesterol, improve insulin sensitivity. Very often no carb diet helps to decrease blood pressure.

Most no carb dieters claim that they have improved concentration, increased energy, better dental hygiene, decreased cravings and some other benefits.

Some people also state that they have got rid of muscle of joint pain, gastrointestinal symptoms, head-aches, skin problems, etc.

At the same time, many people following a no carb diet experience various side effects, like bad breath, constipation, ketoacidosis5, brain for, fatigue, problems with liver, kidneys and bones. What is more, avoiding carbohydrates may lead to poor nutrition and increase disease risk.

If you are going to follow a no carb diet, you should know what types of products should be included in your menu.

Meat – You should eat unprocessed meats, like chicken, rabbit, veal, turkey breasts, beef, pork, etc. These foods are carb-free and they are high in iron, proteins, zinc, and vitamin B. The meats should be steamed, grilled, or baked.

Vegetables and Fruits – You should give preference to no carb or at least low carb vegetables, like spinach, celery or lettuce. Broccoli, squash, and cauliflower may be consumed in moderation. Carrots, potatoes, corn, and some other starchy foods contain much carbohydrate, so you should exclude them. As for fruits, you must eat only low-sugar ones.

Seafood and Fish – Crawfish, crab, shrimp, cod, mackerel, tuna, trout, sardines, flounder, herring, and some other fish and seafood are no carb and rich in zinc, protein, calcium, omega-3 fatty acids, and vitamin D. You should avoid oysters and clams which contain much carbohydrate.

You can also eat eggs, low-fat cheeses, butter, margarine, oil, lard, cream, marrow, etc. As for alcohol, straight liquors like vodka or scotch in acceptable in moderation. You are also allowed to drink tea and water as much as you want.

What Foods Should Be Avoided?

Of course, you should avoid foods containing carbohydrates, like grains, starchy vegetables, sweet fruits, sugar, nuts, peanut butter, etc. So, if you want to lose weight with the help of a no carb diet, you should keep these product out of you menu.

You should realize that no carb diets are not balanced ones. This is why they do not guarantee beneficial effects to everyone. Anyway, if you are going to follow a no carb diet, consult your doctor first.

The term “no carb diet” is generally used to define any diet eliminating carbohydrates absolutely. It means that there is no specific plan for this diet because in fact this is not a diet but an eating plan. Below you will find an example of daily menu for people who go on a no carb diet.

It consists of a substantial breakfast which is followed by a lighter lunch and dinner. These meals are nourishing enough to provide you with energy during a day. Of course, you can make changes in this menu. Just do not forget to exclude carbohydrates.

At the end of 2007, Deon weighed almost 170 kilograms. He is 1.86 meters tall, and it meant that he was morbidly obese. In fact, his weight was killing him, and Deon had a number of health problems: headaches, heart palpitations, back pain, sinus problems, gasping for breath, constant fatigue, high blood pressure with its side effects, and many others.

Deon tried various diets but none of them were able to help him. In 2007, he decided to go on a no carb diet. It was not easy for him but over seven months Deon lost about 77 kilograms, which was about 45% of his weight.

This achievement changed his life. Deon says he has never felt so healthy before. Every morning he walks up to ten kilometers and no more has health problems. Now he can eat almost everything but he does limit carbs. 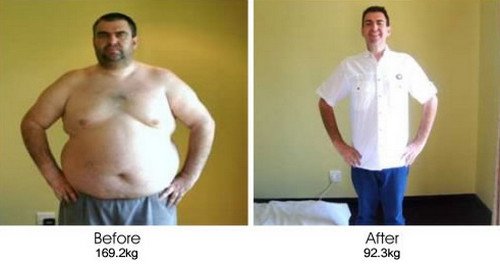 Ricardo has managed to lose more than 150 pounds on a no carb diet over nine months, which is a great result. He started the diet in summer of 2011. He decided to do it after he watched a TV show about obese people who were about to die because of excess weight and realized that those persons weighed less than he did.

A friend of Ricardo told him about a no carb diet and gave him some pieces of advice which were really helpful. Ricardo understood that in fact this is not a diet but a lifestyle. He started eating foods containing no carbohydrates and began to do physical exercises. The results were amazing. You can see them when you look at Ricardo’s photos. 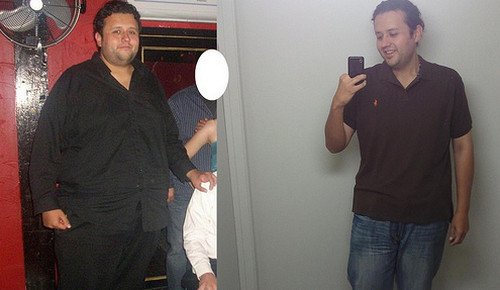 Stephanie’s problems with excessive weight began when she was about eight years old. She tried numerous diets, visited several nutritionists, did physical exercises, but nothing really helped her to lose weight. Staphani decided to go on a no carb diet when she realized that being overweight did not allow her to live a happy life.

It was pretty difficult for her to follow the diet but when she started to lose pounds it encouraged her. By now, Stephanie has lost over 150 pounds. She’s got used to her new menu and she is not going to abandon it. 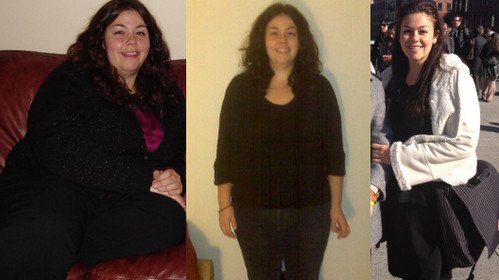 Phill weighted about 400 pounds and had many health problems. One day he decided to change his life and went on a no carb diet. He excluded carbohydrates from his menu and began to walk for one hour per day. It took him seven months to lose over 100 pounds. Over two years, Phill lost almost 200 pounds. Now he feels great and says there is nothing in this world he cannot do. 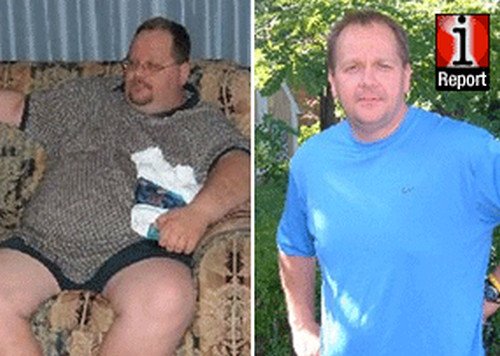